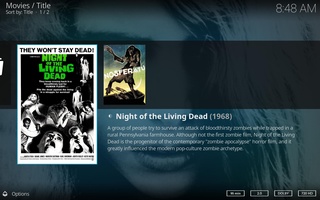 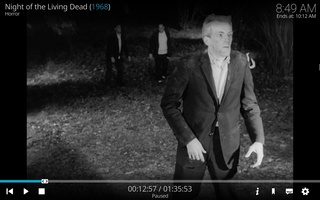 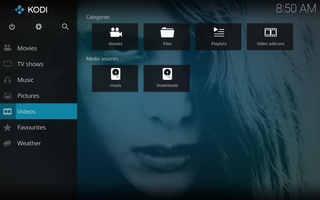 Advertisement
It's getting more and more common to have a multimedia center on your PC from which to play videos and music using a nice and easy-to-use interface which comes with an elegant browsing system to use with your TV. Kodi (previously known as XBMC) is a free, open source, and multiplatform media center, which lets you play all of your multimedia content.

The program can also play all types of video, audio, and image files, with the added bonus of automatically cataloguing your libraries so that every movie or TV series has its own cover, duration, and other relevant information extracted from different specialized websites such as IMDB or Filmaffinity.

The players ‘true potential comes from the ability to install all kinds of plugins which add all sorts of additional functions, from automatic subtitle downloads, to extra modules for viewing YouTube videos, even external programs such as Torrent clients to download files, or streaming services.
By Álvaro Toledo
The new Kodi 17.0 “Krypton” is now out!

Around here we looooove Kodi – our media player of choice on our PC-connected home TV, Android devices, and even the delightful little gem of a mini-computer aka Raspberry Pi. Waiting for the latest Kodi updates on its stable channel has become one of our favorite rituals. The main change in the latest update is new default skins that replace the legendary Confluence theme with a much more elegant interface designed with touchscreens in mind. But that's not the sole novelty – not by a long shot.
See more

There’s a new version out of what might be the best multiplatform media center you can find. Kodi 16 ‘Jarvis’ has arrived to the stable channel with lots of new features, among which stand out a long-awaited context menu to pull out when using the app on a television and control with a remote control, and content playback in 4:3 without resizing the other features.
See more

I am not consequently opening the kodi

Unfortunately I have had a problem when downloading the Misfit Mods Wizard, well, it stops when it has reached 33.9 Mb, I have tried several times, but it happens again. I wonder if there is someone w...

Apr 10th, 2015 How to turn your old netbook into a living room media center