A multimedia center for your smartphone 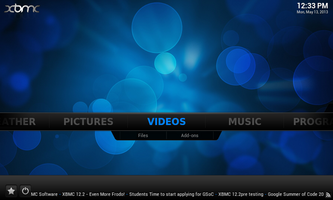 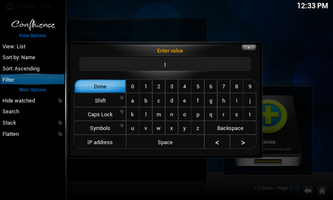 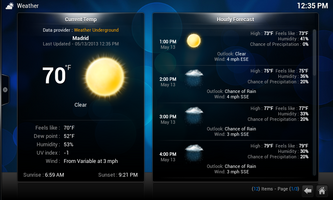 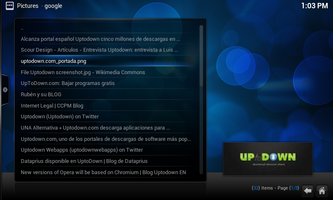 Advertisement
Kodi (previously known as XBMC) is an open source media player for Android, which allows users to play all sorts of videos, songs, and images from a convenient interface, and has been specially adapted to work on touchscreen devices.

The application, as with the versions on other operating systems, provides a sleek interface that clearly categorizes the video player, the music player, the image viewer, and even a tool to see the local weather.

This version of Kodi for Android includes lots of different 'add-ons', that allow you to download videos from different websites directly to your terminal, search for images on Google and add them to your library, and stream music using XBMC.

Kodi is one of the best (if not the best) media centers available for Android smartphones. You can enjoy virtually any multimedia content (images, videos, sounds) imaginable, and do so from a simple, colorful and fully configurable interface.
By Andrés López
The new Kodi 17.0 “Krypton” is now out!

Around here we looooove Kodi – our media player of choice on our PC-connected home TV, Android devices, and even the delightful little gem of a mini-computer aka Raspberry Pi. Waiting for the latest Kodi updates on its stable channel has become one of our favorite rituals. The main change in the latest update is new default skins that replace the legendary Confluence theme with a much more elegant interface designed with touchscreens in mind. But that's not the sole novelty – not by a long shot.
See more

There’s a new version out of what might be the best multiplatform media center you can find. Kodi 16 ‘Jarvis’ has arrived to the stable channel with lots of new features, among which stand out a long-awaited context menu to pull out when using the app on a television and control with a remote control, and content playback in 4:3 without resizing the other features.
See more

Amazing player with many addons and features. Very buggy and needs work in some areas, though.

Very good app recommend that you should also download it in your phone,tablet,computer or Amazon fire TV america

Apr 10th, 2015 How to turn your old netbook into a living room media center

TikTok
Add music and effects to your videos and then share them!
CapCut
An easy way to edit and add effects to videos
DU Recorder
Powerful tool to record what is happening in your screen
Youtube
All the videos you want on your smartphone
Snack Video
Post and watch short videos on this platform
KineMaster
A simple yet powerful video-editing tool
Netflix
Catch your favorite Netflix shows on the go
YouTube Go
The official YouTube app for doing local downloads
Advertisement